When the crater formation process ends, the resulting circular structure and the surrounding area is covered by an ejecta blanket. The factors affecting the appearance of impact crater ejecta are the geology of the target surface and the size and velocity of the impactor. Another factor, the impact angle, will modify the pattern of the ejecta blanket. A study at the Ames Vertical Gun Ballistic Range confirmed this effect. 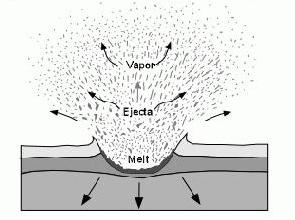 Solid, liquid and vaporized material ejected from an impact crater during its formation. 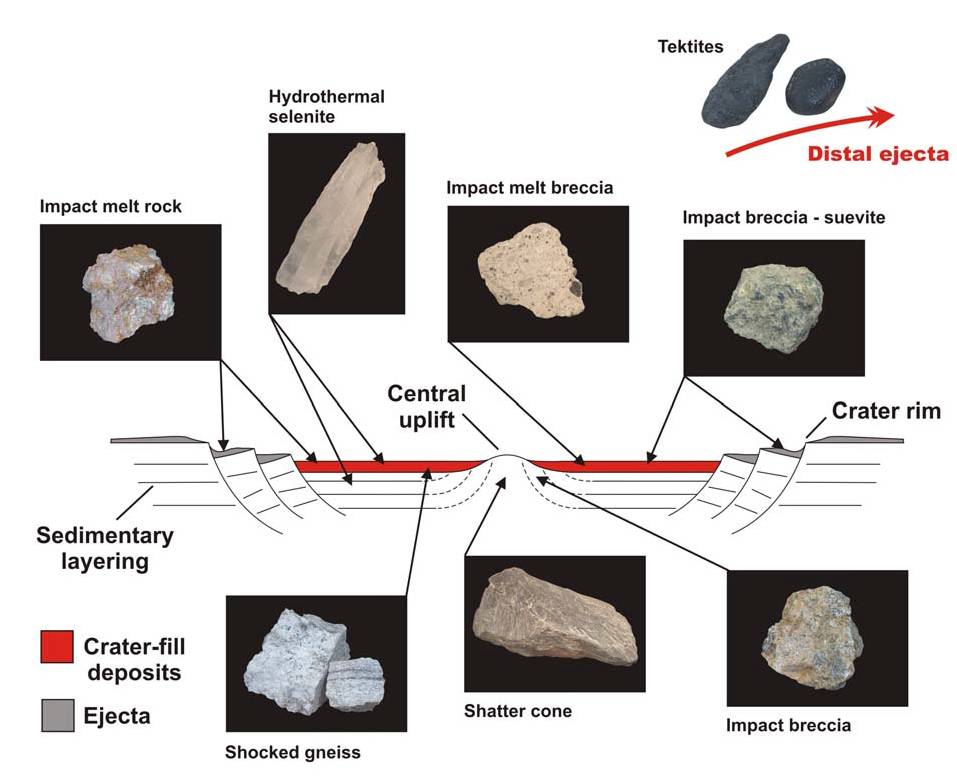 All ejecta that are found up to 5 crater radii from the rim of the impact crater; 90% of all ejecta are found within this region. Note that the limit of proximal ejecta scales with the crater size. Ejecta found at greater distances are called distal ejecta.

An ejecta blanket is a generally symmetrical apron of ejecta that surrounds an impact crater; it is layered thickly at the crater’s rim and thin to discontinuous at the blanket’s outer edge.

STOKES LAW: If the particles are falling in the viscous fluid by their own weight due to the Earth’s gravity, then a terminal velocity, also known as the settling velocity, is reached when this frictional force combined with the buoyant force exactly balance the gravitational force. The resulting settling velocity (or terminal velocity) is given by:

There are three stages to the impact cratering process, contact & compression, excavation and modification. The excavation stage is further subdivided into two distinct processes: